We’re delighted to share that John Anderson MBE has joined the Leading Edge team, as a Team Coach and Executive Coach.

John led the British Canoeing Olympic Performance Programme as the Performance Director for 20 years, spanning five Olympic Games. He focussed on developing and creating an environment of high performance within which the athletes could thrive. Under John’s leadership, British Canoeing had an unprecedented period of success and brought home no less than 16 Olympic and 5 Paralympic medals, including 5 Gold medals at Rio 2016! 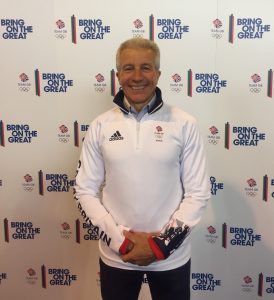 For the last 10 years, he has also been focussing on Executive Coaching, high performance and Leadership Development. John combines his vast leadership and coaching experience with his passion for helping people and teams to identify and leverage their strengths.

His impressive career started in the Royal Air Force where he managed the RAF Leadership Development Centre and went onto specialise in training at the Ministry of Defence, both within the UK and overseas. He was awarded the RAF Sword of Honour for outstanding leadership, and was made an MBE in 1991 for services to the organisation and management of personal development and leadership training in the RAF.

We are thrilled to welcome John into Team Green and can’t wait to share learnings and introduce him to our great clients. Along with this experience, he brings an incredible drive, desire and determination to support people and teams to reach their potential… he’ll fit right in!