My conversations over the last couple of weeks have often had ‘culture’ running through them.  I’ve sat in a number of meetings with experienced HR Directors, business leaders, and sports managers, who are all looking to reinforce or re-engage their teams with either an existing stated culture, or with a new, yet to be defined culture.

It’s fabulous to see such visible alignment to the value of a strong, unique culture as a pre-requisite for great organisational performance.  But the approaches to determining understanding of the culture (current and aspirational) vary widely and that surprises me.

At one end of the spectrum, there are plans and projects to survey employees, run focus groups, interview stakeholders and review leadership messages and styles.   At the other, behind closed doors, a select band (often led by HR) are playing what seems to be ‘buzz word bingo’ to create a mission, set of values and cultural ‘branding’ without leaving the safety of their ‘ivory tower’.

While I’m all for organisation being brave and embracing ‘transformational’ shift (if that’s what’s required) – I don’t see how ‘culture’ determined and created by a few in isolation, without insight to the existing culture, it’s history, it’s artifacts, it’s myths and legends, without the voice of the people who work ‘for’ and ‘in’ the culture stands much hope of gaining the necessary momentum to have impact. 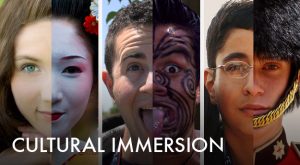 There’s so much evidence of the impact when leaders get it right.  Chip Bergh joined Levi in 2011 as CEO, and embarked on what he called a listening tour and asked Levi’s employees just four questions:

He used the answers to determine the strategy that has been credited with turning around Levi’s market and brand performance.

Ben Ryan, in his book Sevens Heaven: The Beautiful Chaos of Fiji’s Olympic Dream, recounts the moment he realised that he couldn’t effectively learn about this national team and what motivated them while staying in a Novotel Hotel eating Westernised breakfast buffet everyday. He instead decided to immerse himself in the local culture, to better understand the organisation culture he had inherited as newly appointed coach. (And went on to win Gold at the 2016 Rio Olympics – the nations first ever Olympic Medal)

Both Chip and Ben had very different backgrounds, approaches and scale of opportunity for the culture they were trying to influence, but both recognised that to shape a culture (transformative or incrementally) they had to immerse themselves first in understanding the status quo and how it was formed.

While time pressures, or ambition, or creative ideas may tempt us to take the ‘shortcut’ of ‘assumption’ or reliance on our own experiences and perspective, it’s my belief that ‘“Short cuts make long delays.” –  J.R.R. Tolkien, The Fellowship of the Ring.