This week more than a couple of conversations have centered around culture change.. and the perpetual debate about ‘how long does it take?’

A quick google search shows proponents of everything from 2-3 to 8 years as the stated wisdom – so it would appear some clear alignment that the silver bullet is definitely unattainable where culture is concerned! 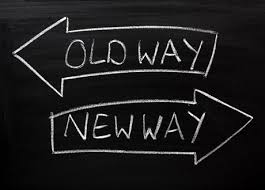 When Jeffrey Katzenberg was appointed to turn around Disney’s Animation Studio in 1984 he’s quoted as saying, “You’ve got 90 days to change culture before it starts changing you.”   Katzenberg is credited with restoring Disney’s fortunes by returning the studio to production of animated feature films – I’d see that as a retroactive focus on the aspirations and vision of the original Disney ethos

The appointment of Dean Smith to Manager of Aston Villa has been celebrated by the club and fans under the banner of ‘he’s one of our own’.    The first question posed in his first press conference asked ‘what does it mean to you to be here?’ referencing his boyhood support of the club (and his father’s role as a steward).   The written and unwritten expectation that sits alongside his appointment is of a ‘return to better days’, the re-establishment of the pride in the club and that success will follow (probably in less than 90 days!) 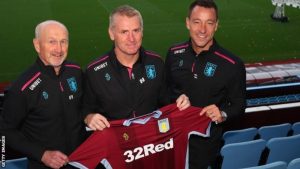 Does that expectation and sense of familiarity bring it’s own challenges and pitfalls? Undoubtedly.

Is a retroactive change quicker and easier to action and embed because it is grounded in familiar cultural icons and landscape?  I think it must be.

Doctor Who #13 and Transition Theory… no, not an episode title

‘abrdn’ – behind the renaming of Standard Life Aberdeen

Engaging with the change resistors