I’ve been reading Martyn Newman’s book ‘Emotional Capitalists’ (Building Emotional Intelligence and Leadership Success) this week.. and was struck by a story regarding Roger Bannister and the 4 minute mile.  We all know that Roger Bannister completed the seemingly impossible feat of running a mile in under 4 minutes in 1954.

But what piqued by interest in the story from Newman was the fact that in the 18 months post his achievement, a further 45 runners completed the same impossibility. 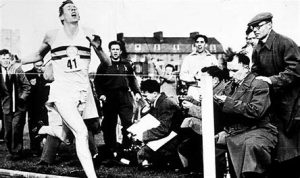 Now, the training techniques won’t have changed that meteorically, so what unleashed the flood of successful attainment?  Newman points to (and I agree) – it must be the removal of the concept of the impossibility – some strongly held beliefs had been busted.

We talk about ‘belief busting’ as part of our point of view on Change.. it unlocks often strongly held resistance at a personal, team and sometimes organisation level.  ‘We’re too big an organisation to change’, ‘We’ll never be able to compete with company XX’, ‘I don’t have the right personality to become a senior leader’. 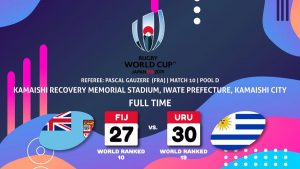 The Uruguay rugby team result over Fiji today (already being described as one of the biggest upsets in rugby world cup history) points to some strong self-belief from the Uruguayans. The post match interview with captain Juan Gaminara certainly encapsulates some strongly shaken limiting beliefs that could have held them back.. ‘we’re not the biggest, we’re not the tallest’.   But his assertion ‘since we qualified, we’ve been thinking about this game – and you saw the passion’ shows the power of belief, and in particular the power of unleashing ourselves from limiting beliefs.

As the year turns..

Who is responsible for FIFAs culture and leadership?