Advocacy, sponsors, quotas, allies – just some of many topics explored on a recent virtual roundtable I hosted as part of Leading Edge’s Performance Hub series.

Ready to dive into the theme of ‘Harnessing the Power of Advocacy’, I was delighted to be joined by Nigyar Makhmudova, Chief Growth Officer at Danone; James Cheeseman, Academy Head of Physical Development at West Ham Football Club; and Claira Singh, Diversity & Inclusion Manager at Wickes. I am truly thankful for their insight, honesty and thought-provoking input. [The edited roundtable recording is just under an hour, and it’s absolutely worth a watch. Got time now? Grab yourself a coffee and take it all in on our YouTube channel…]

I love being involved in discussions like these. The theme is set, the brilliant contributors are ready, and you’re excited to see where the conversation goes.

So, why this topic? Why is it important to harness the power of advocacy for women in leadership? Research tells us (and there’s plenty of it!) that women are less likely to have senior-level colleagues who will advocate for them. For men, advocacy is, by default, built into the system. For women, building advocacy needs to be a purposefully designed activity.

While women often have many mentors to advise and guide, they often lack sponsors, those who will advocate for them and actively help to advance their careers. 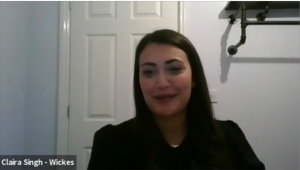 Claira from Wickes talked about her hugely positive experience of having a board-level male sponsor who would always ask for her opinion in a meeting, make sure his colleagues were aware of her relevant experience and talent, and take every opportunity to say, “Claira’s who you need for that project”.

Wickes’ Coaching for Modern Leadership programme highlights the importance of sponsorship for career progression. It has an entire module dedicated to nurturing sponsors, asking the right questions to find the right person. Other diversity and inclusion initiatives include Employee Network Groups and ‘fishbowl sessions’, where colleagues (seated in the centre) give feedback on topics, and directors (seated around the edge) listen – but don’t intervene. The first one in 2016 asked the question, “What’s it like to be a woman at Wickes?”.

It was inspiring to hear how Wickes is clearly acting on a problem, involving everyone from grassroots up and providing a safe space for colleagues to express where they are and where they want to move to. 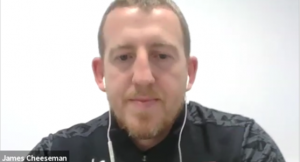 There’s a big drive by UK Sport to more than double the number of high-performance female coaches by the Paris Olympics in 2024, from 10% to 25%, so it was fascinating to hear James’s experience of advocacy in football within his Academy role at West Ham.

Through working with an increasing number of inspiring female coaches in the game, James has become aware of the need to positively focus on women in his world, and how men as allies are crucial now.

His own journey has been positively influenced by talented women practitioners and he talked about the need for people like him to advocate for women, to shake the environment a little and to challenge current biases, recognising that it doesn’t weaken you as a male to challenge long-standing bias or culture.

On the topic of quotas

Are quotas the answer? This is hotly debated in the diversity and inclusion agenda overall, not specifically linked to women. 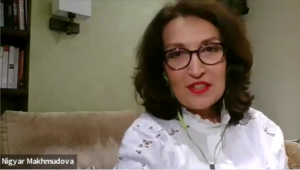 Nigyar from Danone shared great insight on this, describing how her thinking has shifted throughout her career. In the early days, she would push back on quotas, wanting to know she was the best candidate for the role, not a quota.

But her views have evolved. We all have unconscious bias, so until diverse decision-making panels are the norm, she believes we must have quotas to create the external pressure to ask the question, “Have I considered the most-talented person?”.

Even though quotas aren’t viewed positively by everyone, I agree with her view. But we also need policies and frameworks to help shift the unconscious labyrinth of biases that prevent women, along with many others, from being recognised and ultimately appointed for their experience, talent and ability to input positively to a role or a team.

If we can stop and reflect on where we are, and what the future could look like, then we have the opportunity to reimagine a system that allows people from all backgrounds and genders to flourish.

Claira, James and Nigyar shared many examples – some big, some small – of how advocating for women really makes a difference. Thank you again for such an inspirational discussion.

Every step of this change journey matters, and if we all put a focus on what works, we can travel a long way.