We are sailing… with England Rugby’s next generation

Leading Edge are now three years in to supporting England Rugby with developing the future stars of the game with unique off-the-pitch experiences that build their self-awareness, ability to influence, communication and leadership skills.

It’s a real privilege for me to spend time with and get to know these young men every time we deliver one of the three-day development camps that Leading Edge designs and facilitates for England Rugby.

We’ve just come back from the eighth of these camps, with the selected players this time taking on the challenge of learning to sail at Port Hamble Marina on the Solent. 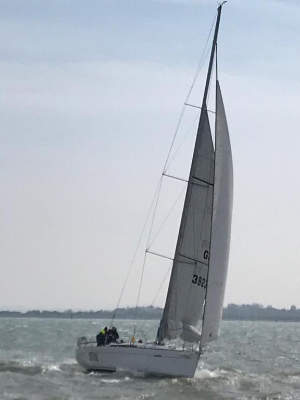 Given that nearly all the players would be sailing for the very first time, it was natural that an ‘Introduction to Sailing’ featured somewhere early on in the session! But equally important ahead of getting in the boat and experiencing the pressure of working as a tight team in an unfamiliar environment was a session on psychology and helping them to understand how their brain works – ‘understanding their chimp’ – using the excellent workings of Professor Steve Peters’ model The Chimp Paradox. More on that soon…

These camps always have an element of pushing players into uncomfortable areas, exposing them to new situations and new experiences, and then helping them to understand their reactions. This forces them to use different parts of their brain (in a safe environment) while trying to give them an understanding and awareness of how they’re doing this, and trying to recognise what their chimp is up to.

Although this development takes place away from the rugby pitch, everything is translated back into the context of the players’ development and performance.

The Chimp Paradox is a great way to explore how the brain works. Put simply, the chimp is the part of the brain called the limbic which recognises what it sees as potentially dangerous situations and triggers our survival mechanism – the ‘fight, flight, freeze’ response – to kick in. It may feel like the chimp has hijacked you, and this can happen on the sports pitch, on a stage at the start of an important presentation, or when put on the spot for a response to a contentious question. We’ve all had those feelings.

The players have been introduced to the concept of the chimp while exploring emotional responses at previous development camps (think high-velocity earthquake simulation and forming opinions regarding homelessness). This time, we built on it to support the players with understanding their feelings and reactions when learning to sail. (You can find out how they got on here.)

Getting to know our brain

What I’ve noticed with each new camp and each new set of character-building activities is how the players are becoming more aware of how their brain works and more articulate in describing their chimp-driven feelings of fight, flight or freeze.

The sailing activity was a great example of this. This was a very uncomfortable task for the guys: the waters were choppy, the learning was complicated, the terminology was completely different from everyday language… and there were feelings of seasickness aplenty! This was nothing to do with being ‘the strongest guy’.

In other activities on previous camps, the players predominantly identified the fight response and many could relate this to losing their head in a game situation. It’s highly visible and in many ways a rugby player needs to access this aggression at certain times. 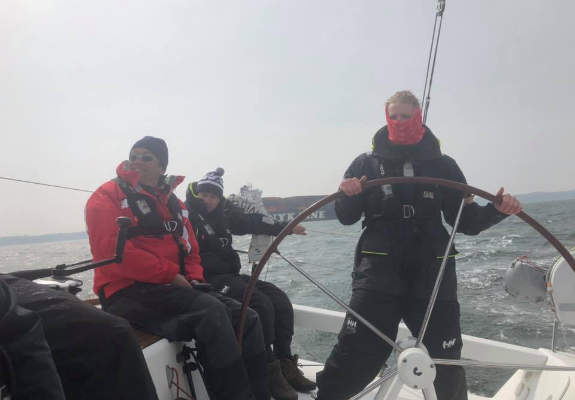 In the sailing task, we saw players recognise more of their flight or freeze modes. Their brains were being hijacked by an uncomfortable and dangerous activity and players talked about being caught in the moment (freeze) or just wanting to get away from the situation (flight) – they needed to find coping strategies to keep on task. I heard some really mature reflections around this from the players on the last day as they talked about how freezing under pressure and ‘going missing’ on the field are parts of their game they are keen to improve on.

My reflection is that our fight response on the pitch (or in the board room) is significantly more visible than a flight or freeze response – it’s likely to get punished by the referee or called out by a coach, line manager or peer. When a player (or business leader) goes into freeze mode, they can go quiet and still. In flight mode, perhaps they make an excuse to get out of the situation or avoid the issue. I was reminded that we don’t choose our chimp (in the same way we don’t choose our eye colour). We are born with it. However, to perform at our optimal level we need to understand and work with the chimp to ensure our performance is not hijacked inappropriately.

I was reflecting with one of the England age-grade coaches that we could all name sports people who have demonstrated a visible fighting chimp (John McEnroe springs to mind!). His reflection, however, was that for every player who has had the challenge of managing an over-active fight instinct, he could identify several who never reached their potential because they froze at critical moments or chose flight when the going got tough…. How many players could have made it with the right psychological support? And I wonder if there is also a direct parallel in business.

Does goal setting actually restrict us?

Rivers of thinking.. and the value of time to explore