Even if you don’t ‘do’ rugby… you can’t fail to have heard, seen, or felt the impact of the England vs Wales match, and it’s nail-biting climax which saw the ‘visitors’ beat the hosts on home soil this weekend.  Amongst the national patriotism, celebrations and post mortem analysis, Warren Gatland, Head Coach of Wales described

the win as a result of “three months work beforehand” and a team talk pre-match which focused on ‘leadership’ and ‘responsibility‘. 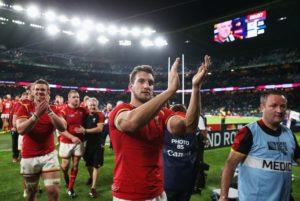 Leadership responsibility seems to be writ large in the headlines this week, as it’s a key tenet of that other big news story – the VW emissions scandal.

The leadership responsibility felt by Martin Winterkorn (Chief Executive of VW) is so great that he resigned, even thou he was “not aware of any wrongdoing on my part” but states he was “acting in the interest of the company.”

(Compare that to the dogged determination shown by Sepp Blatter ..)

I wonder if the DNA of leadership responsibility, is that at it’s heart lies a commitment, a vision that the organization is bigger, more valuable, more important than one man (or woman).   Maybe only those who remain humble, who sees themselves as protectors, or selected incumbents of the role, can comfortably wear the mantle?

Like those who are chosen to play for their country, maybe we should all wear the our leadership responsibility a little less lightly?

What a Difference a Word Can Make!

Growth or Fixed Mindset when the chips (or goals) are down…

14 days to develop yourself.. the Retail Investment challenge