London 2012 .. the second time we’d hosted the Olympic Games in this country, involved the recruitment, training and engagement of 70000 volunteers to support both the Olympic and Paralympic Games .. known as the Gamesmakers 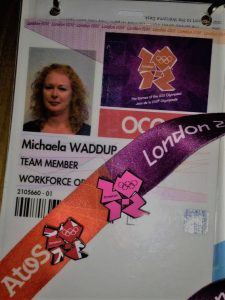 I was a Workforce Operations team member and team leader at Heathrow airport – one of the many thousands of volunteers who supported the games from nowhere near the field of play (despite the public perception, many thousands of Gamesmakers spent 8 hour plus days, for 4-8 weeks, without seeing any sport!)

So, no pay, no expenses, no access to free sport events, 12 hour days spent in portakabins in car parks at Heathrow airport (travelling for 2 hours each day) …. why on earth did I volunteer?  (And, no, it wasn’t for the gorgeous uniform, which I still have every piece of .. socks, umbrella ..everything!)

I felt a real sense of this being a ‘once in a lifetime’ opportunity to be a part of something bigger. To be involved in a historic event that had a real purpose and drive and focus on a legacy.

It appears I wasn’t alone.. in a study London 2012 Gamesmakers: Towards Redefining Legacy (Dickson & Besson), the top factor identified by Gamesmakers as to what motivated them to participate was

Chance of a lifetime

As I moved successfully through the many stages of the recruitment, selection and training programme, a new motivation came into focus.  I felt a duty to support our home team to put on an exceptional Games.  Lost for many in history is the memory of the complete lack of confidence that many media commentators, our press , even our parliamentarians had in our games plans.  (Remember the G4s security scandal, resulting in us calling in the British Army to manage security?)  Right up to opening day, the negativity around the Games was palpable.  And I felt a sense of duty to ‘do my bit’ – however small – to deliver for our athletes

I clearly wasn’t alone in this sense of duty.  Dickson & Besson’s survey responders stated ‘I wanted to help make the Games a success‘ as the second highest motivating factor

So what does that tell us about creating a movement?

I think simply that movements have compelling purpose that engages individuals to play their part .. and enables them to create a level of personal responsibility to ensure the success of the movement 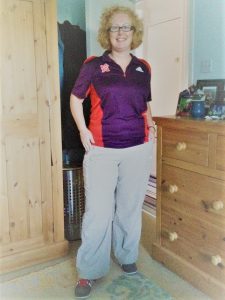 Not on behalf of the organisation or any higher power, but because the success matters to them personally.  It’s about a desire to be part of something bigger with a legacy .. something which will make you want to hang on to the tshirt, waterproof jacket, badge or socks well after the event (and even when they are much too big!)

Why am I sharing this story now?  Well, we are about to pass the 500 day countdown to Tokyo 2020.. the next Olympics, and just 5 days from being able to tell you about the collaboration we at Leading Edge are embarking on with the British Olympic Association.  I’m even more excited about this as I was the first time I tried on my purple and red uniform!

Watch our Twitter @_leaading_edge and LinkedIn for more details