Legacy… the higher purpose ‘Why?’ that inspires

A number of conversations this week have involved the concept of Legacy.. funny how that happens isn’t it?  Like thinking of blue cars, and then every other car you see is blue…

My own interest in legacy was sharpened last Sunday watching the hugely emotional post match interview with Marta, Brazilian women’s footballer, after they lost their match to France. (Reportedly this could be her last world cup appearance… if you haven’t seen the interview, here’s a snapshot) 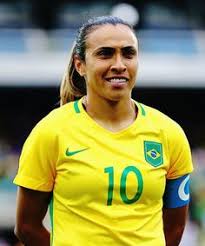 “It is [about] wanting more, training more, caring for it more, being ready to play 90 and another 30 minutes and more, however many minutes are needed. That’s what I ask the girls,” she said.  “The World Cup has ended for Brazil, but we need to keep on going.  There is not going to be a Formiga forever, a Marta forever, a Cristiane. Women’s football is relying on you to survive. Think about it, value it more.”

The word that encapsulates her emotion and sentiment most to me… Legacy.  She’s not talking about her game, her career, her tenure or her own aspirations.  Her vision is on a much higher purpose – the growth and success of future players in the game.  (And she does that very passionately)

I was then working with my colleague , Sarah Kelleher , Leading Edge Team Coach and England U18 womens hockey coach, on Thursday this week. She was recalling to a potential client the TeamGB womens hockey teams purpose going into Rio 2016  – ‘Create history and inspire the future’.

She relates how this goal that transcended the notion of ‘win a medal/win gold’ still exists with the players and retired players that were part of that Olympic gold success story.

And I guess that’s what a higher purpose is.  It takes bravery and commitment, passion and intent to really raise ourselves from the world of performance measured by single data points, of seasonal performance, of quarterly targets, of annual appraisals, or annual P&L statements.

We can of course take immediate gratification and comfort in securing the ‘low hanging fruits’ of success, but does anything inspire us and those around us more than the sense of belonging to something much bigger, much more impactful and something that will become ‘our legacy’?

What will your legacy be?  What’s the legacy of the team you lead?  What’s your higher purpose?

Also a reading recommendation in this space : Legacy by James Kerr

As the year turns..