High Performance without Leadership? Not even a thing 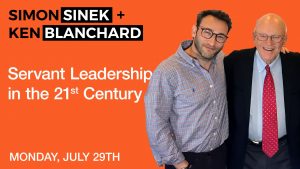 Simon Sinek was asked in a recent Webcast (Servant leadership in the 21st Century) ‘what should we do with high performers who are poor leaders’?

His immediate answer was ‘coach them… and if they’re uncoachable, share them with the competition’

Whilst I love this answer and it’s passion, I really was hoping he’d say ‘change your definition of a high performer!’.   The measurement of high performance as the ability to deliver on the ‘technical’ or ‘expert’ aspects of the role… the best financial acumen, the highest achieving salesman, the person with the greatest knowledge of the production line… without the rounder perspective of their impact as a leader or team member is a well trodden path to cultural misalignment.

I remember consulting with a senior leadership team who recognised they were dysfunctional.. And who were willing to put themselves through countless sessions on Insights Discovery and team bonding, rather than to call out the ‘poor behaviour’ of the finance director.  The reason, when I challenged this, was that ‘he’s too good at his ‘day job’ to us to risk upsetting him’. 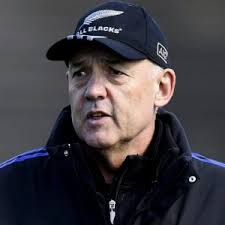 The AllBlacks would have called him out as a dickhead.   Quoted from this Training Ground Guru article, Gilbert Enoka, the New Zealand team’s mental skills coach Gilbert Enoka, introduced the ‘No Dickheads policy’ – ‘dickheads’ are “people putting themselves ahead of the team, people who think they’re entitled to things or expect the rules to be different for them, people operating deceitfully in the dark, or being unnecessarily loud about their work.”

A dickhead makes everything about them. Often teams put up with it because a player has so much talent. We look for early warning signs and wean the big egos out pretty quickly. Our motto is, if you can’t change the people, change the people.”  I love that phrase… it echoes Simon Sinek’s ‘if they’re uncoachable, share them with the competition’

Once we stop seeing ‘high performance’ and ‘leadership/team membership’ as two separate measures of the value an individual adds, we’ll much better be able to build high performance cultures.

Beyond mathematics.. the Change Equation and Kepa’s refusal

Legacy… the higher purpose ‘Why?’ that inspires

Posters and artifacts.. the hidden messages that can undermine change