Our recent adventure in Japan has highlighted just how important communication is.    Five days in Tokyo without being able to read a single letter that’s familiar, using hand signals that offend rather than invite and the energy for karaoke!

With the Japanese culture founded on respect for both others and the environment, using these themes ‘in the room’ has helped greatly this week.

Facilitating a team of 15 global marketeers for some of the biggest brands in the world has been a privilege.

Helping those teams have the very best conversations in the short time they’re together is the role Leading Edge have taken on.  The preparation is critical, but the energy is vital.   In the last 7 days we have competed in ‘Giants, Dwarves & Wizards’, put a tennis ball through 15 hands in the fastest possible time, played knee tag and mirror clapping (and the Leading Edge team may have indulged in a karaoke session… it would have been rude not to!) 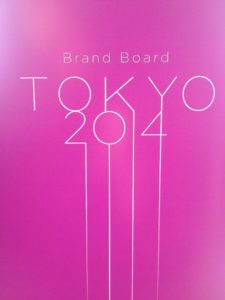 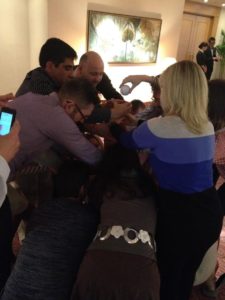 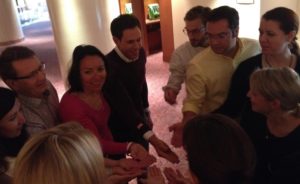 Whilst all of those things sound fun (and they were!) there’s an important message to be shared…   In order to communicate in the best way, you need people at their best.  Ready to listen, willing to learn and eager to take part.   This week, the team’s have been all of those things and more… and we had a ball!