There are a couple of what could be described as ‘big events’ happening this weekend that need no introduction, but here at L.E Towers, our thoughts will firmly be with Newcastle Falcons, who play their very first semi-final in Premiership Rugby history tomorrow after a fantastic fourth-place finish.

We were hugely privileged to support Falcons’ director of rugby Dean Richards and the club a few years ago with developing language around their values. At that time, they were second from bottom and struggling, but we could see a fantastic culture forming under strong leadership, and there was an enormous belief in ability from everyone we worked with.

Dean and the team have had a consistently brilliant campaign this year, surging into the top four and now ready for their ‘dreams come true’ moment as they take on first-place defending champions Exeter Chiefs.

A signed Newcastle Falcons shirt has pride of place at L.E Towers, and we’ll be sending plenty of positive vibes its way as we head home today…

And best of luck to two of our friends at Saracens and also at Wasps for tomorrow – we’re all a bit torn with loyalties in the office! 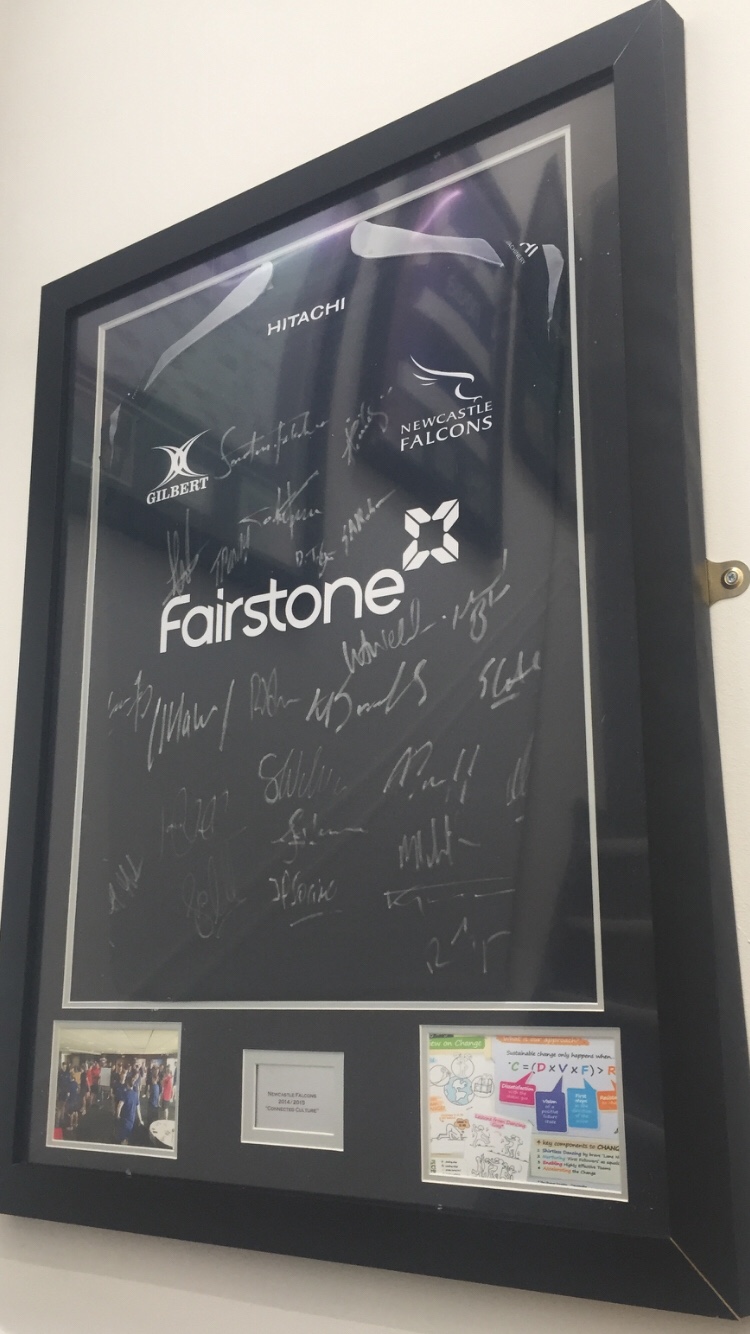